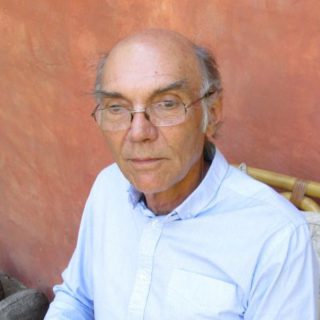 Mr. Antony Reeler is a Senior Researcher and formerly the Director at the Research and Advocacy Unit (RAU), an independent research and advocacy institution specializing in human rights, transitional justice and governance issues in Harare, Zimbabwe. Since it being set-up in 2006, RAU has produced over 150 reports, opinion pieces and articles on aspects of the crisis in Zimbabwe. Educated at St George’s College in Harare, Tony Reeler attended the then University College of Rhodesia, reading for an LLB and subsequently attended the University of Exeter, reading for a BA in Psychology and the University of Leeds, reading for an MSc in Clinical Psychology.

A former academic at the Universities of Malawi (1978-1980) and Zimbabwe (1982-1992), Mr. Reeler was the founding Director of the Amani Trust in 1993, a post he held until 2002. Following his resignation from the Trust, he worked for IDASA until the establishment of RAU in 2006. Since 2000, he has been an active member of civil society in Zimbabwe. H was also the founding Chairperson of the Zimbabwe Human Rights NGO Forum in 1999 (The Forum), a member of the founding committee of the Crisis in Zimbabwe Coalition in 2001 and previously a committee member of the Zimbabwe Election Support Network (ZESN).

Mr. Reeler was an active member of the Core Partners of USAID from 1999 to 2003, an active contributor in the setting-up of the Tree of Life Trust and a current Trustee. Has been a member of several international missions on the Zimbabwe crisis. In 2000, he led a mission to Europe and the United Kingdom (UK) to publicize the plight of torture victims and in 2001, was part of a civil society delegation to the European Union (EU), the UK, and the United States (US) to push for the imposition of targeted sanctions against the Mugabe regime.

He was also a He was also a member of the civil society grouping in 2003 to determine the parameters for a transitional process in Zimbabwe. He was a member of the Council of the International Rehabilitation Council for Torture Victims [IRCT] from 1993 to 2003, and a member of the Executive Committee of the IRCT from 2000 to 2003. He has published widely in the fields of mental health, trauma, human rights and governance. He currently works on issues of governance and elections, providing research reports, analyses and opinion pieces.