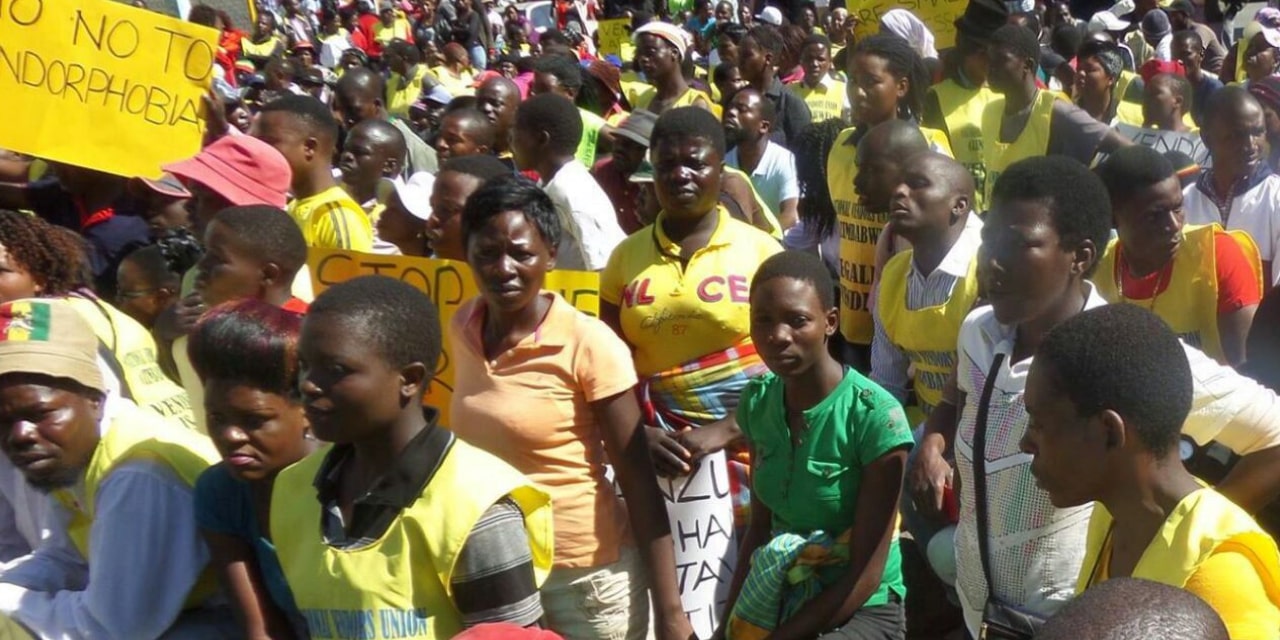 In this article, I look at why transitional justice is such an elusive issue for Zimbabwe. Justice for past human rights violations has been a protracted and obscure demand of many Zimbabwean human rights groups (CSOs). In my view, the delay in the implementation of transitional justice and the elusiveness of these ‘justice demands’ can be attributed to two fundamental conceptual misunderstandings by some key actors.

The first misinterpretation is the common assumption that the ‘transition’ part of ‘transitional justice’ is synonymous with regime change. The second one is the narrow notion that the justice part of ‘transitional justice’ is criminal accountability for violations of bodily integrity rights. It is evident that the demand for justice in the form of criminal accountability cannot be met in a context where the alleged perpetrators are still in power. I assert that this concentration on regime change and prosecutions has diverted the attention of some justice advocates from possibilities of working with some of the core elements of transitional justice.

In this regard, it is helpful to re-state Jeremy Sarkin’s view that ‘the type of justice that is pursued is dependent on the type of transition of which there are three types: overthrow, reform, and compromise.’ (Sarkin, 1999) For example, in a situation where the previous regime has been forcefully removed, the prosecution model will probably be adopted. In such contexts, stakeholders could be involved in providing to the prosecution the information that they had been recording to the prosecution and ensuring that the transitional regime protects the due process rights of the alleged perpetrators. In a situation of reform, where inquiries (for example) could be preferred, stakeholders are often involved in attempts at obtaining compensation for victims of state’s abuses and compelling the state to share information. And, in a situation of compromise, where truth commissions and other restorative justice models may be preferred, stakeholders complement inclusive governments’ truth seeking model, and engage in transnational litigation for those issues which cannot be dealt with by domestic truth seeking measures.

Applied to the Zimbabwean context, I emphasize that criminal accountability is not a likely measure for dealing with the past as there has been no political transition. The Global Political Agreement (GPA), of February 2009 which created the inclusive government was a situation of compromise. Constitutional reform and other measures which were provided by the GPA were meant to democratize Zimbabwe – and democratization is one of the goals of transitional justice.

In terms of dealing with past human rights violations, The National Peace and Reconciliation Commission (NPRC) which was established by the 2013 Constitution of Zimbabwe was a typical outcome of a situation of compromise. However, the end of the inclusive government and the ZANU-PF victory in the 2013 elections, broke the momentum which had been ushered by the GPA and led to some concerns that we have a case of a failed transition. It could also be the reason most of the progressive institutions that could have improved governance and socialized human rights norms in Zimbabwe have not been seriously financed by the international community.

Nonetheless, it can be inferred from the current in-fighting within the ruling party that the administration is also reforming itself. A transition, whether inter or intra-party is inevitably in progress. Zimbabwe automatically finds itself in a situation of reform. In my opinion, while the last decade of heightened human rights advocacy did not lead to the success of the era’s ‘Mugabe must go chorus’, such activism was not in vain. I believe that even ZANU PF is alive to the fact that they may need to socialize human rights norms and implement some transitional justice measures so as to gain legitimacy and align itself with global expectations. This is evident in the government agreeing to submit itself to the Universal Periodic Review Process of the UN Human Rights Council, putting in place a steering committee which includes civil society and agreeing to some of the recommendations of the Human Rights Council.

Victims can with the assistance of CSOs and the financial support of the international community benefit from such a pragmatic approach to the execution of transitional justice. In any event, it is acceptable state practice to use bodies such as the NPRC to satisfy victims’ demands for justice for past atrocities for the sake of peace and reconciliation in contexts where criminal prosecutions are impossible. I must add, however, that I am not arguing for a trade-off between justice and peace but the postponement of the discussion on criminal prosecutions. There is a need to recognise the fact that ‘justice’ itself is an elusive term. For example, criminal accountability may not be a justice mechanism for Zimbabwe’s victims of past economic, social and cultural rights violations.

In any event, the relevant UN framework and its guiding principles take account of the political context in the design and execution of transitional justice measures. Thus, since senior members of the Zimbabwe’s ruling party are considered to be the most responsible for past human rights violations, it is unrealistic to consider criminal prosecutions in the current Zimbabwean political context, yet other measures which include reparations, institutional reform and memorialization are possible.

The NPRC is also Zimbabwe’s version of a truth commission and once it becomes operational (or even before) stakeholders can find innovative ways of ensuring that this body complies with international norms and standards when executing its mandate.

The current thinking in the transitional justice discourse favours localized justice. Thus, Zimbabwe has some latitude when it comes to the implementation of its obligation to satisfy victims’ rights to justice, truth and reparations. With regards to reparations, reparations are a critical pillar in transitional justice (Moyo, 2015).There is a link between the way a reparations policy is structured and the issue of healing and non-recurrence. We must be reminded that transitional justice is both backward looking and forward looking. Thus, it is advisable for relevant actors to re-assess their transitional justice advocacy and be mindful of a comprehensive approach that takes into account the importance of context and sequencing.

previous
The National Peace and Reconciliation Commission: What Stands in the Way?
next
The Peace Commission: Our Right and Our Duty!